Here’s where to discuss anything specific about your standard(ish) car or something that applies to the model in general.
Post Reply
14 posts • Page 1 of 1

I brought a 1980 DHC earlier this year which is in need of a service.. To this end, as part of this service I want to replace both gearbox and engine oil.

After checking Google, and searching this forum, it seems Motul Gear 300 for the gearbox and Classic Oils Heritage 20W50 High Zinc Mineral Oil for the engine would be safe bets (i'm based in the UK).

I appreciate its a complex subject with differing opinions, so I guess I primarily want to check the above 'should be' safe and hopefully do a reasonable job!

Welcome to TR7 ownership!
Can't help with your question as I haven't used the brands you are looking at

Thanks! I grew up with this series of cars as my Dad and Uncle had a fair few of them! If it's not broke don't fix it.

Nice one, thanks Steve. Cool retro can as well

Classic 20w/50 is available at a lot of places including Halfords and local motor factors. It is often in a cream can and looks green like the old Duckhams Q (if you are old enough to remember that). I think much of it is made by Comma. I recently bought it off ebay as it was cheaper even delivered.

I assume the trans is 5 speed. Leyland changed from gear oil to ATF to ease problems of cold shifting. I used this until a couple of years ago when I changed to synthetic MTF on recommendations. I used Castrol Syntrans but not sure it made a major improvement.
Alan
Saab 9-5 2.3t Vector Auto Estate Stage 1
Saab 9-3 2.0 SE Turbo Convertible
'81 TR7 DHC

The correct gear oil is Pennzoil Syncromesh (not the synthetic one). There is a GM product (made for them by Pennzoil). While common in N/A not sure about its availability in other parts of the world. You need an oil that has the slipperiness (or non slipperiness) required by the syncros. Somebody had posted another make was supposed to be good as it was formulated to the LT44 transmission for Rover but don't recall off hand what it was. A search might turn up that post. There have been lots of posts about this. This is more critical the more worn the syncros.

I have used synthetic gear box oil for well over 10 years without any problems. Currently using this: 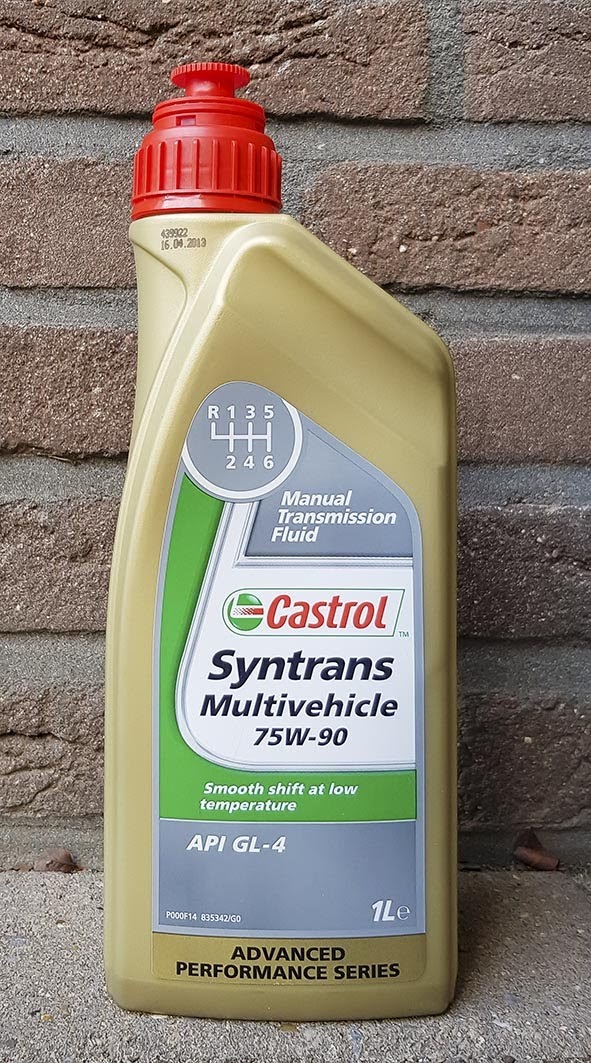 Thanks for all the advice, I really appreciate it. Being honest I am worried about putting the wrong stuff in and damaging it..

Sorry, forgot to say, its a 5 speed manual, and I am based in the UK.
Top

It still takes a few minutes for the gearbox to warm up so I don't rush the change from 1st to 2nd until it is. It's a better change than the original gear oil when cold, not as quick as ATF. I experienced ATF when I used it to flush out the old gear oil.

It's documented in several publications that back in the day BL changed the LT77 5 speed gearbox factory fill to Automatic Transmission Fluid to improve the change to 2nd gear when cold. ATF improved this but gave less protection...........issues occurred outside the warranty period.
Top

Thanks for all the posts, I will go for Castrol Syntrans Thanks

For what its worth, thought I would add my experience.
Firstly I had no idea what the PO had put in the gearbox, but it was baulking into second.
Tried the Castrol Syntrans, no significant change, then I tried ATF fantastic, very easy and quick to change
transformed the drive, but , found various online posts advising to only use as temp arrangement, plus it was
a little noisier on idle.

I emailed the well known LT 77 gearbox specialist, who do promote its use in their FAQ section, but i wanted to know if that
was still the case and they confirmed it was. But I found other refs to Motul Gear 300 as being the best by an expert on
the box, so tried that. Being honest I would say its just a little better than the Castrol and, by now I had, had enough of changing the oil, but when the box
is hot its a nice smooth change. its still a little stiff when cold into second, but i live on a hill so i usually change up within 20' of starting and into second
and then its warming up.
SJ
Top

I used Automatic Transmission fluid in my 7s gear box for about 14 years, & about 70,000 kilometres, with no sign of problems. I figured that it is used in many far heavier cars than a 7, with over 350 BHP, it is unlikely to be overstressed in my stockish 7. I also used it in the 4.6L 300+ BHP 8 for years when it was an automatic, before fitting a manual.

I changed to Penrite Manual transmission fluid at my last oil change, & can detect little difference. The shift quality is pretty much unchanged, but the box may be a little quieter.

Users browsing this forum: No registered users and 30 guests